Brocantes, Bistros And Baguettes In Paris 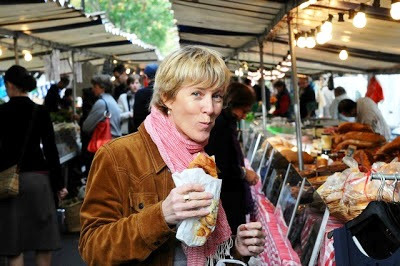 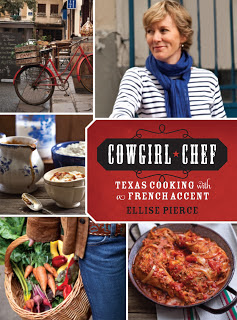 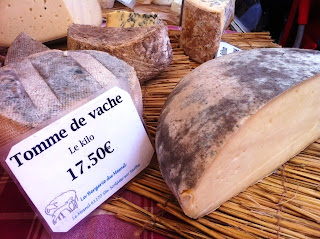 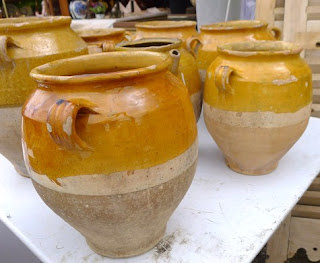 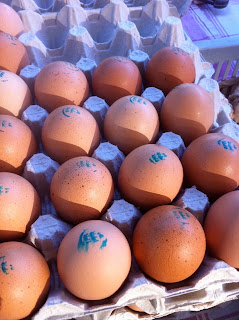 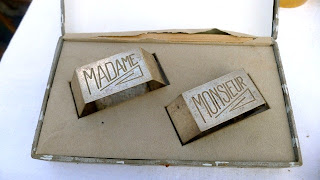 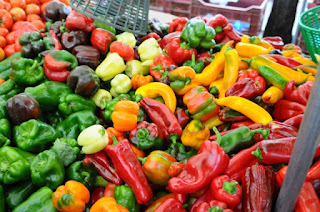 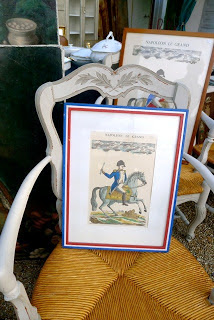 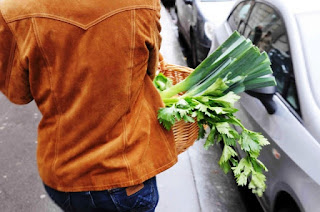 While on tour last year in the United States for her new cookbook, Cowgirl Chef: Texas Cooking with a French Accent, my sweet friend Ellise Pierce kept getting requests for tours of Paris, her adopted hometown.

“For eight years while living in Paris," she says, "I was either in the kitchen developing recipes for my book or my Cowgirl Chef column in the Fort Worth Star-Telegram, shopping at the flea markets for vintage tableware, or relaxing over dinner at one of my favorite bistros. And it occurred to me that a tour that included all of these elements would be just the sort of tour I’d love. I figured others might love it too.”
So this fall, Ellise--who hails from Denton, Texas--will launch a month’s worth of her new three- and four-day Brocantes, Bistros and Baguettes tours, each offering an itinerary filled with eating, shopping and cooking in Paris…and plenty of champagne-sipping along the way.
The tours kick off in September, after la rentrée, when Parisians return to work after their summer holidays. “The city fills up, the restaurants and bistros are open again, it’s warm enough to sit outside, and the flea market season is in full swing," Ellise says. "It’s the perfect time to experience Paris – like a Parisian.”
Paris has more than 70 open-air food markets, and both the three- and four-day tours include shopping at one of her favorites, President Wilson Market in the 16th arrondisement, where fourth generation farmer Joel Thiébault sells some of the prettiest veggies in town (he also sells to many Michelin-starred restaurants). With fresh goat cheeses, a stand that sells only mushrooms and potatoes, and a booth that makes fresh crêpes (stuffed with Nutella, jam, or ham and cheese), it’s one of the city’s best places to buy and nibble. Both the three- and four-day tours include shopping at this market,  then returning to Ellise's apartment for a cooking class lunch, based on the just-bought ingredients.
The highlight of the four-day “Ham I Am/Brocantes, Bistros and Baguettes” tour is the Chatou Ham Fair and Brocante, an 800-plus vendor flea market just outside of Paris that’s been around since the Middle Ages. “I always find something surprising and wonderful at this brocante,” Ellise tells me. “I’ve picked up vintage garden furniture and bed linens; old jam jars and blue-striped grain sacks that I’ve made into pillows. Plus the ham sandwiches are not to be missed.”
The three-day “Brocantes, Bistros and Baguettes” tours include hitting some of the city’s local neighborhood brocantes (which often have some of the same vendors as the Chatou fair) and the biggest flea market in the world, at Clignancourt, followed by lunch at Philippe Starck’s new bistro La Cocotte, located in the middle of the market.
Besides the flea markets, both tours include cooking classes, bistro dinners, and lots of other shopping: wandering around Les Halles; shopping at E. Dehillerin, where Julia Child bought her copper pots; and picking up vanilla beans and chocolate at the pastry supply store, G. Detou, to name a few. There will be plenty of time for simply strolling the pretty city streets and ducking into whatever shop, wine bar or patisserie looks interesting along the way.
“These are tours for people like me--who like to go junking, eat wonderful food, sit around the kitchen table (with a glass of Champagne) and cook together--then shop some more!” Ellise says.

So wouldn't y'all think, that with a cookbook to promote, a successful blog, a newspaper column, cooking classes and catering gigs on both sides of the pond and now, this new tour business, Ellise would feel her plate was full? Nope--she's cooking up a bunch of other super fun projects as well. Such as? Well, she recently partnered with a Fort Worth, Texas boot maker to create a line of Cowgirl Chef boots that will come out in the fall. She's launching a collection of vintage-inspired aprons and she's working with a Dallas coffee roaster to develop her own Cowgirl Chef coffee blend.  (If you read Ellise's blog, you'll know she's a coffee fanatic.) She's also writing her second cookbook and developing a cooking show. I'm tired just writing this! Go Cowgirl Go!

For all the info on the Brocantes, Bistros and Baguettes tours, go to Ellise's blog here. To see what I wrote when Ellise's book came out, click here. To buy the book on Amazon, click here.