Inn And Cooking School For Sale In Provence 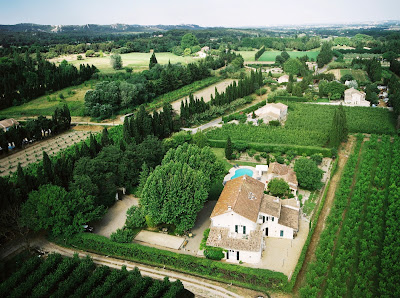 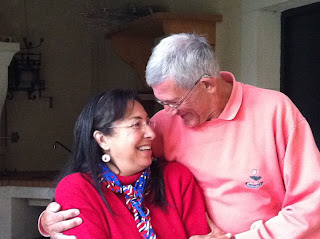 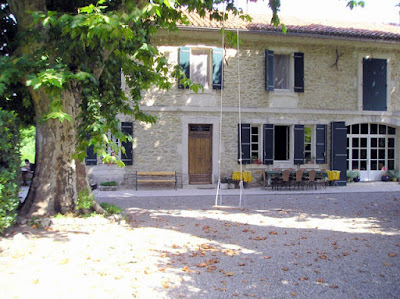 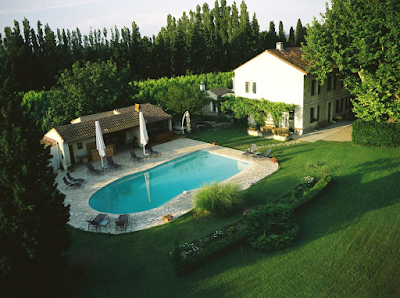 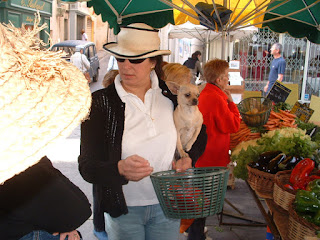 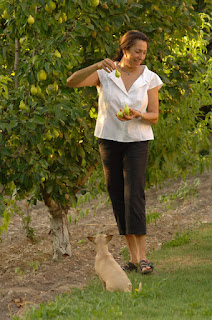 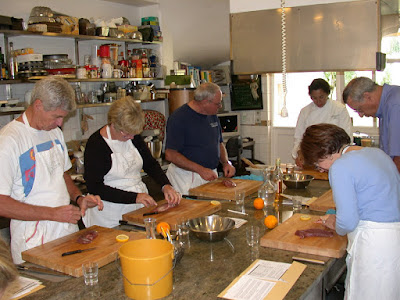 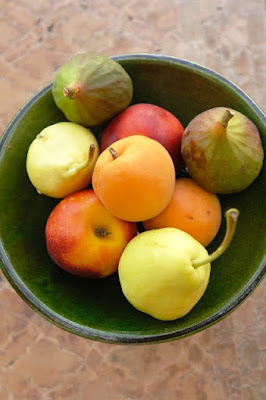 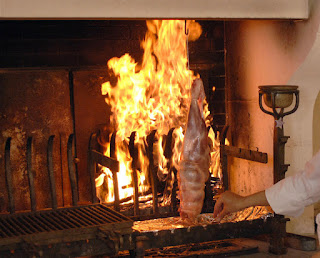 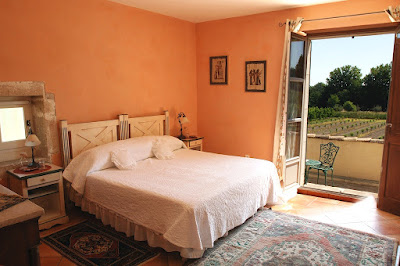 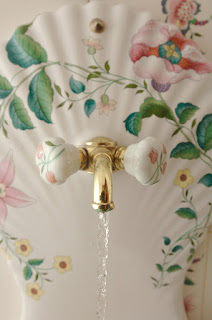 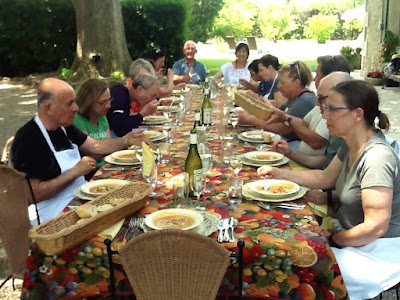 After almost 25 years of running a very-successful, very-beautiful private country inn and cooking school in St. Remy, my friends David and Nito Carpita have decided that this year will be their last. Although St Remy will remain their home base, they want to travel more, spend time with family and friends and pursue new projects. Which means that their fully restored 19th-century property, Mas de Cornud, is for sale.
St. Remy is a charming, historic village in the Bouches-du-Rhone department of Provence, roughly three hours south of Lyon and one hour north of Marseille. Hugely popular with travelers and second-home owners, St. Remy is known for historic sites (including the excavated Greek/Roman village called Glanum), its appeal for artists of all types (Van Gogh painted 150 canvasses during the year he spent here), a vibrant summer events calendar, its traditional Provencal festivals, the quality of its produce and the natural beauty of the landscape. Paris can be reached in roughly three hours via the high-speed TGV train station at Avignon, 20 km from St. Remy.   Located on a lovely country road just three kilometers from the village center, Mas de Cornud (and the Seasons of Provence cooking school) is virtually a turn-key operation. It has a large, professional kitchen with ten stations at a granite center island...and a traditional farmhouse kitchen...and an outdoor kitchen with a 17th century-style wood-burning fireplace and pulley-driven rotisserie. The outdoor kitchen also has a professional Viking gas grill and smoker as well as a wood-burning feu de bois.   Most importantly, Mas Cornud and its cooking school have a great reputation and a huge loyal clientele: many groups and individual travelers return year after year. Over the years it has been the venue of choice (for meals and cooking classes) for many tour operators including Backroads.  Guest chef/instructors over the years have included Jacques Pepin and Jean-André Charial of the Oustau de Baumaniere, to name a few.
The main house has seven bedrooms, seven bathrooms and a guest powder room. The pool house and a separate stone cottage each have one bedroom and bathroom.  Besides the kitchen herb garden, there are 40 types of trees including apple, cherry, plum, fig, almond and walnut.  There are front and side terraces for al fresco dining and a boules court with overhead lights allowing games to continue past dusk.   The property has an ample ½ hectare of land and is buffered by another seven hectares of farmland, upon which construction is prohibited due to agriculture zoning.   For anyone interested in continuing the cooking-school business, David and Nito will do whatever they can to make the transition seamless.  They'll pass along their client list, their helpers and their vast network of local farmers, producers and purveyors.   If a cooking school isn't in your plans, it could be run as a traditional country inn...or as a splendid summer or year-round home. The property is being sold completely furnished.   Over the years I've been a guest at many fantastic meals and parties at Mas Cornud, where I've met wonderfully interesting people from all over the world. It makes me sad to think that St. Remy might lose this important part of our community...and the wonderful way it connects travelers to our Provencal farming, wine and culinary traditions. There's always something fun happening at Mas de Cornud…and David and Nito's warm hospitality and energy will be greatly missed.
“To live here full time is to live a dream,” David says. “It’s like heading for your very favorite vacation place...and never having to return home.  Provence is a perennially popular destination. And with the ever-growing interest in culinary travel worldwide, the potential to expand on what we’ve created at Mas Cornud is unlimited. Our hope is just to pass it on to someone who will cherish it as we have."
For a detailed prospectus, pricing or questions, contact David: [email protected] or +33 (0)4 90 92 39 32.
Photos: (1) Nothing like a little place in the country! The house was built in the early 1800s; the Carpitas bought it in 1985. They did a total renovation and made it their full time home in 1991.  (2) David and Nito will stay in St. Remy but want more time for family, friends and travel. (3) Huge old trees shade the property. (4) The pretty pool and pool house. The pool house has a bedroom, bathroom, outdoor shower, wet bar and six-person hot tub/Jacuzzi. (5) Nito loves to do her shopping at St. Remy's Wednesday market, one of the largest and best in the region. (6) Fruit trees include apple, cherry, plum, fig, apple and pear. (7) Students at work. (8) Homegrown! (9) The party's over for this lamb "à la ficelle"...but just ready to begin for lucky guests. (10). One of seven bedrooms in the main house. (11) Lovely Provencal bathroom fixtures. (11) Just another day at Mas de Cornud: a lunch for 14 that stretched out all afternoon.
Note: David and Nito are fully booked and taking no new reservations (for lodging or cooking classes) for 2015. If you're looking for cooking classes in the region, with or without lodging, I'll be happy to help. Email me: [email protected]