Playing For The Company Team


by Rachel Dworkin, archivist
Lately a number of Silicon Valley tech companies have made a name for themselves offering gaming opportunities as one of the perks of working for them. When companies have to compete for talented labor, offering fun perks like gyms and athletic opportunities is a relatively cheap way to attract or keep employees. It’s certainly cheaper than better pay or health insurance. Google offers their employees swimming pools, volleyball courts, a gym, and fitness classes. Drobox has ping pong, DDR, and gaming tournaments. All of this may sound wonderfully innovative, but it’s really nothing new.
In the early twentieth century, there were dozens of local manufacturers competing for skilled laborers and machinists. As in modern day Silicon Valley, these local companies offered recreational facilities as a way of attracting and keeping workers. During the 1910s and 20s, the Willys-Morrow Company was Elmira’s largest employer with approximately 1,600 men when demand was low, and 2,500 when it was high.  Their 74-acre plant included a number of little perks like a cafeteria for employees, as well as recreation grounds located near the Miller Street entrance. Recreational facilities included a baseball diamond, basketball court, and bowling alley. All of this helped to make Willys-Morrow a relatively appealing employer. 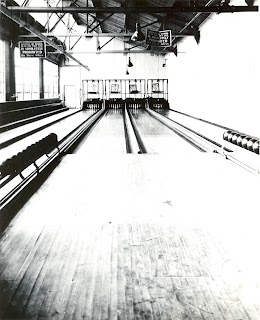 Willys-Morrow bowling alley, ca. 1920
The company also helped to sponsor employee basketball and bowling teams in local tournaments. From the 1920s through the 1960s, Elmira was home to industrial leagues for baseball, softball, basketball, and bowling. Participating manufacturers including American Bridge Co., American Sales Book Co., Bendix-Eclipse, Hardinge Bros. Inc., Schweizer Aircraft Corp., and Remington Rand among others. Both Bendix and Hardinge also had intra-plant bowling leagues which pitted different divisions and shifts against each other. 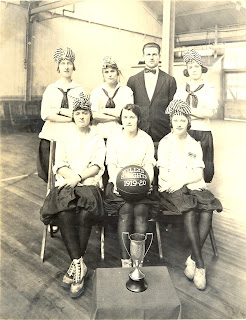 Willys-Morrow champion ladies' basketball team, "Willys Knights," 1920Company sports teams and intra-plant bowling leagues helped to build comradery among co-workers. They were especially important in larger factories where employees rarely had a chance to interact with people from outside their particular division. Locally, the Industrial League hit its peek sometime in the 1950s and slowly declined along with manufacturing. The Silicon Valley Sports League, on the other hand, is on the rise. 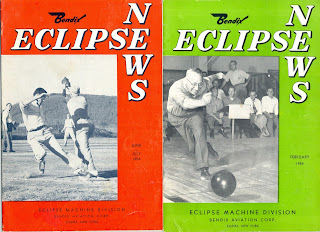