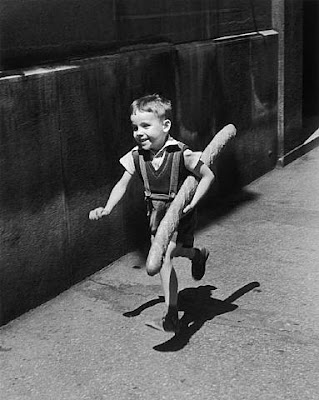 Photographer Willy Ronis died Saturday, aged 99. Best known for his portrayals of life in post-war Paris and Provence, Ronis, a contemporary of Robert Doisneau and Henri Cartier-Bresson, remained "bright and spirited till the end" despite dialysis and being confined to a wheelchair, said Stephane Ledoux, head of Eyedea Presse, owner of Ronis' agency, Rapho. "We have lost the last of the great men," Ledoux said.

In an interview with Agence France Presse last July, the photographer celebrated for his emblematic black-and-white 1957 shot of a couple kissing with Paris at their feet, said: "Just as I was about to shoot the picture, the young man kissed his girlfriend on the forehead."

"I never ever went out without my camera, even to buy bread," he added.

Born in Paris to refugee parents from the Ukraine and Lithuania, Ronis took over his father's photography studio before deciding to close shop in favour of greater photographic freedom by joining Rapho in 1946 along with Doisneau and Brassai.

In the post-war years, his assignments ranged from feature stories to fashion to industry and were commissioned by some of the best magazines of the times, including Life and Vogue.

But his special passion through the late 1940s and 1950s was the portrayal of everyday life in Paris, its streets and its people, and particularly the working-class districts of Belleville and Montmartre.

"I never went to the rich districts," the staunch leftwinger told AFP. "I was interested in popular life."

Some dubbed him "the photographer of Paris par excellence" or a "humanist photographer", and his work featured in Edward Steichen's seminal "The Family of Man" exhibition in New York in 1955.

In a tribute, French Culture Minister Frederic Mitterrand called him "one of the great masters of photography" and said he had "immortalised the poetry of our daily lives."

In the late 1950s he switched to fashion photography, teaching in Paris and Provence, where he made his home (in Gordes) until returning to the capital in 1983.